Many couples are turning to wedding celebrants in Spain to officiate their special ceremony in the sunshine. Some couples travel from as far away as Australia and America to celebrate their perfect wedding day in España.
It’s not hard to see how Spain is popular for destination weddings. Spain is easy to get to, it has a wealth of beautiful historic locations, luxury venues, beautiful beaches and is one of the sunniest countries in Europe.

The difference between a marriage and a wedding
A marriage is a legal contract between two people – it consists of a set number of words that must be said by the couple which is then recorded in writing, signed and witnessed.
A celebrant cannot contract a marriage in Spain.
A wedding is the ceremonial celebration of a marriage. The ceremony can be religious or non-religious and can include additional elements and rituals.
A celebrant can officiate a wedding in Spain. Sometimes the marriage and the wedding are at the same time – sometimes they are separate.

Getting married in Spain
Here in Spain a legal marriage can only be officiated by a judge, a mayor or a designated official and it is extremely common to separate the wedding from the marriage.
Your celebrant will be officiating a civil ceremony that is symbolic rather contracting your legal marriage.
It is important to note that the same goes for church weddings. Not all religious ministers are designated officials, and it is common for couples to still have to contract their legal marriage even after a formal church wedding ceremony.

Celebrant-led weddings in Spain
So just to be clear, the wedding officiant or celebrant who leads your wedding in Spain WILL be conducting your REAL wedding ceremony – but you will still have to legally contract your marriage.
In the case of destination weddings, most couples contract their marriage in their home country. The register office in The British Overseas Territory of Gibraltar offers another alternative that is literally a short walk across the Spain/Gibraltar border.

Celebrants in Spain
So now we understand that the marriage is the legal part and that this IS your real wedding day what can your wedding celebrant in Spain offer you?
Celebrancy is an unregulated industry in Spain, so look for someone who has a registered Spanish business, someone with genuine reviews and testimonials whom you really feel you can entrust with the heart of your wedding day.

Every celebrant is different, some will offer a ceremony along the lines of a traditional marriage with some personalised elements and others will spend time getting to know you as a couple in order to create a totally bespoke ceremony by telling your love story and offering rituals such as sand blending, handfasting and the Spanish arras coin ceremony.

Prices will vary according to your celebrant’s reputation and experience, the amount of time they need to put into crafting your ceremony and the distance they have to travel.

Whether you want a simple ceremony or a more embellished ceremony, just remember there isn’t a right way or a wrong way – there is only your way. And any celebrant worth their ceremonial salt will ensure you have the most memorable wedding day ever!

Author: Debbie Skyrme is an award winning bilingual celebrant in Spain officiating ceremonies with her Celebrants in Spain team across Andalucia. 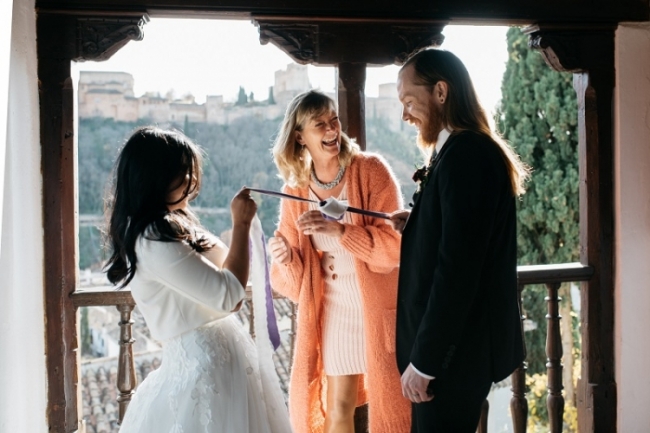 The benefits of elopements in Spain 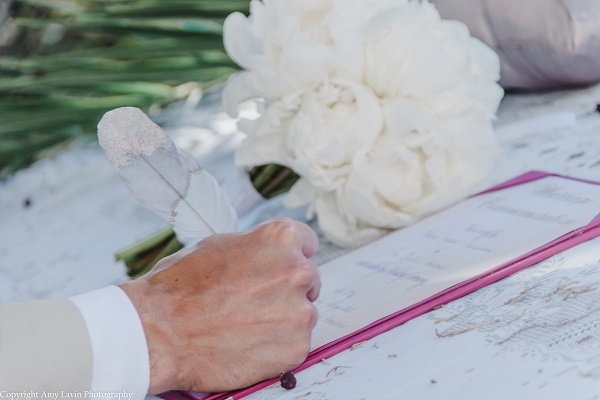 How to plan a last minute wedding 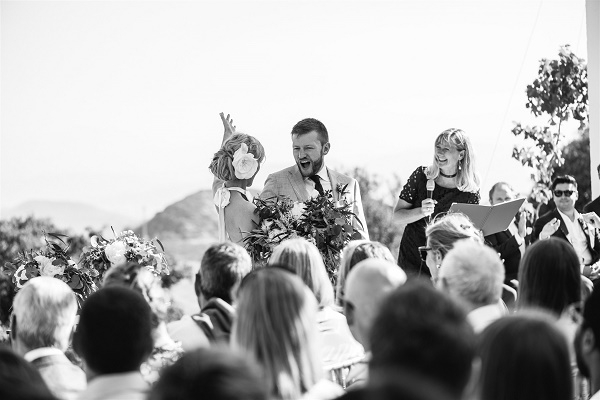