Straddling the Mediterranean and the Atlantic, Morocco conjures up an almost oriental exoticism; a land of ancient medinas, colourful marketplaces, snow-capped mountains, inscrutable deserts, etc. Yet for all its byzantine mystery, it is a modern country only a step away from Spain and few hours from Europe's chief capitals, perfectly equipped to host world-class corporate events and the most luxurious incentive trips.

With international airports in all of its main cities, Morocco is also accessible by ferry from a number of Spanish ports. Once there, there are plenty inland flights to the country's further-flung destinations, as well as good rail and road systems. As regards event venues, there are several modern congress and tradeshow centres, such as the splendid state-of-the-art centre in Marrakesh, in addition to a large number of five-star meeting and convention hotels, with immaculate facilities for everything from golf meetings to international conferences.

Morocco is a feast for the senses. Whatever the reason behind the trip, be it for pure pleasure or business, there is literally a host of things to see and do: the imposing silhouette of the Dar el Makhzen dominating the labyrinthic kasbah of cosmopolitan Tangiers; the elegant tree-lined boulevards of Rabat; the Baroque ornateness of the Hassan II mosque at Casablanca; the narrow, gallery-lined streets of the pristine resort town of Asilah, the picturesque ramparts and dunes of the Essaouira, the protected sandy bay of Agadir, and the tranquil fishing villages studding the Atlantic coast; the delightful old medina of Chefchaouen in the Rif Mountains; the Roman ruins of Volubilis near the ancient imperial city of Meknes; the medieval maze of Old Fez, crammed with covered bazaars, restaurants, shops and madrassas; the Hispano-Moorish architecture and enchanting medina – a World Heritage Site – of Tetouan; the sights, sounds and heady aromas of the square of Djemaa el-Fna, and the beautiful riads of Marrakech, etc.

Morocco is also a country of marked natural contrasts. From the rugged Mediterranean coast to the virgin beaches stretching down the long Atlantic coastline, from the lush valleys of the Rif and the steep gorges and boulder-strewn chasms of the Atlas Mountains to the barren hamada and the drifting sands and palm tree groves of the Erg Chebbi and Zagora, the country's scenery is startling beautiful to behold. This wealth of landscapes also provides the perfect backdrop for a broad range of outdoor activities, including scuba diving, raids, hiking, trekking on horseback or on foot, climbing, adventure sports, 4x4 safaris, golf, and even skiing in the Atlas.

For those looking for something less strenuous, there is no better place than an authentic Moroccan hammam or one of its luxury counterparts to be found in many of the country's top hotels and resorts, offering a broad range of massages and beauty treatments, such as the typical henna painting; followed by a stroll through the spellbinding bazaars and souks to spend the afternoon bartering for rugs and handicrafts, and then on to a rooftop restaurant to savour a dish of freshly roasted lamb or chicken tagine, accompanied by a pot of peppermint tea.

Should the dates of the trip coincide, Morocco's many festivals – such as the National Festival of Popular Arts in Marrakech, the Alizes Musical Spring Festival in Essaouira, the Camel Festival in Goulimine, the Rose Festival in El Kelaa des M'Gouna, the Cherry Festival in Sefrou, or the Honey Festival in Agadir, to name but a few – are a must for visitors wishing to delve into the country's fascinating cultural heritage. 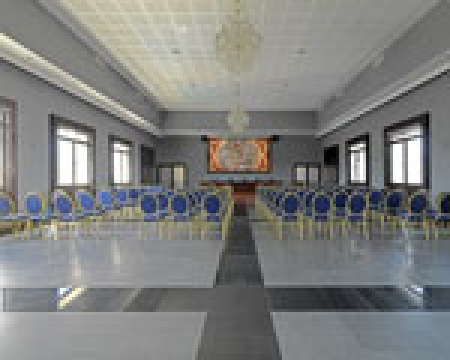