Located in the heart of the Pyrenees, the tiny Principality of Andorrais a uniquely beautiful spot and a meetings and event destinationpar excellence. Well connected with France and Spain by road, the nearest airports being those of Barcelona, Girona and Toulouse – although there are plans to reopen the Seu d'Urgell airdrome in the autumn of 2009 – Andorra has two modern congress and conference centres in Ordino y Andorra la Vella, the principality's capital, as well as a broad selection of business, meeting and incentive hotels.

With 65 peaks over 2,500m, the highest being that of Comapedrosa, Andorra's principle attraction are its ski resorts, located in two areas known as Vallnord and Grandvalira, which include Ordino-Arcalis, Arinsal, Pal and La Massana, on the one hand, and Encamp, Canilo, El Tarter, Soldeu, Grau Roig, and Pas de la Casa, on the other, all offering first-rate hotel accommodation and services. The ski season usually begins in December and lasts until March or, with artificial snow, until April.

A region of rivers and lakes, water is one of the principality's main assets. In addition to the thermal water rich in sulphur of Escaldes-Engordany, there are a large number of watering places, modern wellness centres, and spa hotels offering the latest in health and beauty treatments. Another of Andorra’s treasures is its natural heritage, which includes the Valles de Comapedrosa y SortenyNatural Parks, whose mountains and valleys provide perfect conditions for all types of outdoor activities, such as hiking, rock climbing, BTT, and horse riding and trekking.

With over 1,000 years of history, Andorra has a rich historic heritage, the best example of which is to found in its Romanesque monuments, including the churches of Sant Miquel d'Engolasters (Escaldes-Engordany), Sant Joan de Caselles (Canillo), Sant Romà de les Bons (Encamp) and Sant Serni de Nagol, and the bridges of la Margineda (Andorra la Vella) and Sant Antoni de la Grella (La Massana).

All this, together with the principality's local festivals, which are usually held from June-September, its music festivals – such as the International Jazz festival of Escaldes-Engordany, held in July, and the International Music Festival of Ordino, which takes place in September – and its tax-free status, with prices as much as 30% cheaper than in France or Spain, make Andorra a very special meetings and event destination. 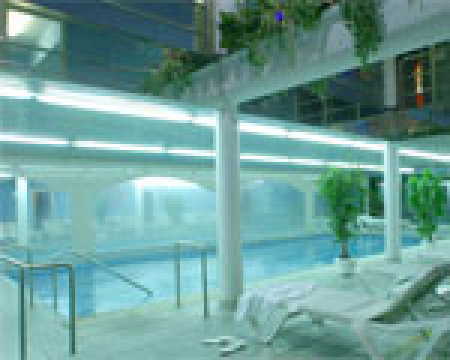